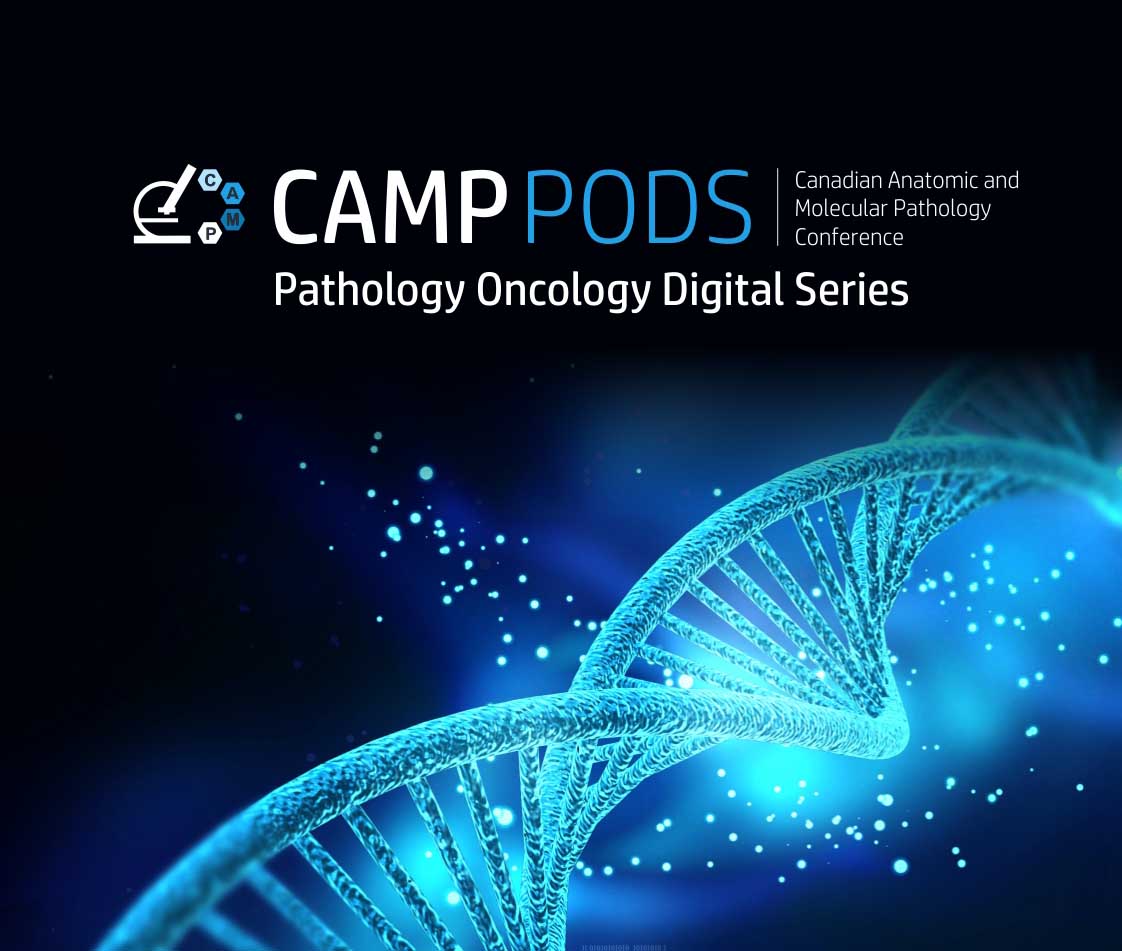 CAMP PODS is a webinar series, consisting of three 1 hour events taking place on September 10th, October 1st  and November 5th.  The goal of this series is to build a strong Oncology Laboratory Medicine community, where best practices and common challenges can be discussed.  Insights gained will be key to implement across Canada and will help streamline laboratory workflows and practice for laboratory medicine, the end result of which will be improvements in the patient journey.

Dr. Ionescu is a graduate of University of Medicine and Pharmacy “Iuliu Hatieganu” in Cluj Napoca, Romania. She completed her postgraduate training in Anatomical and Clinical Pathology at the University of Pittsburgh Medical Center and a Fellowship in Gynecological Pathology at Vancouver General Hospital. She has practiced as a Consultant Pathologist at BC Cancer Agency in Vancouver since 2006. She is currently a Clinical Professor of Pathology at UBC and served as the residency program director for the Anatomic Pathology Residency Program between 2009 – 2017.

Her specific areas of diagnostic expertise are lung, gynecologic and breast pathology. She is an author of over 50 scientific publications and book chapters. She is the author and invited speaker at numerous regional, national and international lectures. Her investigation interests include oncologic pathology and molecular biomarkers, lung cancer and adult health education. She is the Canadian Anatomic and Molecular Pathology (CAMP) course director.

Dr. Ionescu is an enthusiastic advocate of pathologists participating in numerous patient education forums, TV shows, advocacy campaigns, being an Medical Advisor for Lung Cancer Canada and in 2015 appeared before the House of Commons Committee on Health.

Professor of Medicine, UBC
Medical Oncologist, BC Cancer
Vancouver, BC

Her main focus of clinical trials is on EGFR inhibitors; she is published in this area and is considered a national and international expert. Dr. Melosky has chaired the Canadian Lung Cancer Conference for the last 12 years, which is attended by over 350 participants. She chairs and organized the multi-disciplinary Lung Cancer Journal Club three times yearly. She is chair and created the British Columbia Lung Cancer Biobank.

She is also the chairperson of the Colorectal Screening Program of British Columbia and has a special interest in EGFR receptors and management of side effects.

Dr. Mather is the medical lead for Molecular Pathology North.  Dr. Mather trained in molecular pathology at the University of California, San Francisco and in anatomic and clinical pathology and gastrointestinal and liver pathology at the University of Washington.  Dr. Mather’s interests are highly varied and include hereditary cancer, pancreatic neoplasia, and laboratory administration.  When she’s not working as a pathologist, Dr. Mather is the ringleader of her own circus of six kids.

Dr. Brandon Sheffield is an anatomic and molecular pathologist with the William Osler Health System.  Dr. Sheffield specializes in the implementation and delivery of molecular diagnostics to guide cancer care.  His clinical and research interests explore ways to make molecular testing more accessible to cancer patients in a publicly-funded healthcare system.

Dr. Sheffield completed medical training at the University of Toronto, Pathology residency at the University of British Columbia, he is currently serving as the physician lead of research and medical director of immunohistochemistry and molecular pathology at the William Osler Health System.

“This event is an Accredited Group Learning Activity (Section 1) as defined by the Maintenance of Certification Program of the Royal College of Physicians and Surgeons of Canada and approved by the Canadian Association of Pathologists-Association Canadienne des pathologistes. You may claim a maximum of 1.0 hour per session. (credits are automatically calculated).